Kimber here. Mom says it’s time for a quick reading wrap-up. That’s when she does her version of recently read hits and misses. Why? So you can avoid the dumpster fires. Not waste your time on doggie doo-doo that some fluff ball with no taste published. And grab some Good Stuff. Note: We received complimentary copies of these books in exchange for an honest review.

Me? I’m going to watch the doin’s from the sweet, delicious comfort of my  doggie bed by MyPillow.

But first, to books! We’re makin it easy today. With just four titles. The stinkers first: 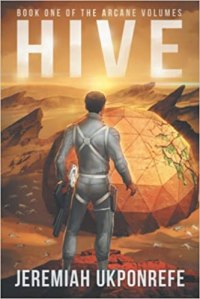 Let’s just cut to the chase: Not our jar of P.B.

Well, okay. Since you insist.

We really wanted to like this book. And it has its moments. But we couldn’t tell ya what it’s about. Or identify a unifying, coherent theme.

We did identify lots of bad dudes. The fact that Collective is a pretty grim place. And some kind of radioactive hazard area exists outside in the Zone. But that’s about it.

This futuristic novel has its moments. But it needs another rewrite. Like maybe two or three or twenty. A professional editor would come in real handy, too. Cuz we couldn’t get past stuff like:

Also cringeworthy dialogue like, “I’m an officer. If you don’t do what I want, others will find you and kill you.” Ouch. Ditto sword-wielding Amish. Really?

We got through six chapters with gritted teeth. Then bailed. Frankly, we just don’t have time for this kind of thing. It’s just not ready for prime time. Buh-bye. 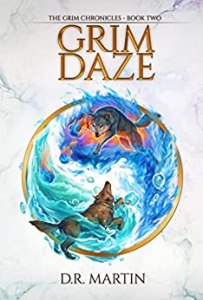 By: We So Don’t Care

This “epic fantasy” fancies itself a Narnia/LOTR wannabe. Not. Here’s what it really is:

This is Exhibit 1 for why you hire yerself a professional editor, folks! And to think we coulda been watching paint peel. 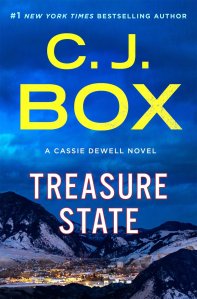 In case ya didn’t know, “Treasure State” is Montana’s nickname. (We always thought it was “Big Sky Country.” Shows you what we know.) But this action-packed, keep-you-on-the-edge-of-your-seat barn burner is set in Montana. It reunites readers with Private Investigator Cassie Dewell, whom we got to know in Box’s last installment, The Bitterroots.

A wealthy Florida socialite hires a sleazy P.I. to find out what happened to the millions of dollars a slick operator conned her out of. Spengler tracks the dude all over the country and winds up in the itty-bitty Montana town of Anaconda. Little does Spengler know that he’ll never leave the former copper mining town alive.

When P.I. Sleazebag disappears, the wealthy widow hires private investigator Cassie Dewell to find not only her money and the sweet-talking scuzzball who absconded with it, but the missing P.I., too. As Cassie tracks her quarry, she can’t help wondering if there’s more to the story than her client has revealed.

Meanwhile, Cassie is also working one of her weirdest cases ever. The second case is wrapped up in a “treasure hunt” that’s related to a cryptic poem. The poem promises untold wealth to the person who can unravel its hidden clues and find the buried treasure. But Cassie’s client #2 doesn’t want the treasure. Instead, he claims to be the one who hid the gold and wrote the poem. And he’s hired Cassie to try to find him.

Between the two cases, Cassie has her hands full. And then… Well. Read. The. Book.

Structurally sound with pitch-perfect timing, Treasure State also has full-bodied characters and stand-up-and-walk descriptions of the rugged Midwest, it people, culture, history, and feral beauty. It also has a rich, robust plot with teeth to it and more twists and turns than the switchbacks of the Anaconda Range. We read it cover-to-cover in one sitting! 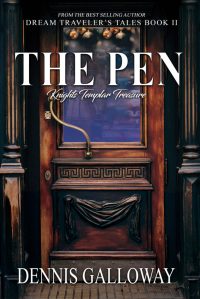 The Pen: Knights Templar Treasure is a little A Knight’s Tale. A little National Treasure. A bit Ivanhoe and a little Outlander. Like this:

Edinburgh, Scotland, 1940. Katherine MacDonald is dodging German bombs and trying to keep body and soul together after her parents are killed and her two-timing husband divorces her. Katherine takes the only job she can find as a laundress. But writing is her passion. So she tries to supplement her income by penning articles on assignment. Katherine can’t afford a typewriter. So she writes in longhand. With a pen.

But not just any pen.

As Katherine sits down to write one night with a new pen, she “dream travels” back to 1347. Through a white fog, she finds herself narrating the story of Francois Jacques LaMar, Grand Master of the Templar Order.

When she awakens, Katherine assumes she’s dreamed everything she experienced while asleep. But little clues indicate otherwise. And when the antique pen starts cranking out words on its own, in medieval Latin, Katherine realizes the odd blue pen has its own story to tell. And then…

Oh, wait. You’ll have to get the book to find out what happens next in this rousing and robust action/adventure read.

So okay, class. See the difference between a Hit and a Miss? There will be a quiz on Monday. If we remember to print it up. Hmmmm….

2 thoughts on “Action/Adventure Hit and Miss”