What is “family”? How do families behave? Relate? Stick together? Who is and isn’t “family” – and why?

These questions and more swirl through the pages of a captivating new historical novel by Linda Ulleseit. Set in Hawaii and California, The Aloha Spirit is the compelling story of Dolores and her lifelong search for “family” and the aloha spirit.

We first meet Dolores when her father drops her off at a friend’s house. He and Dolores’s older brother are heading to California to find work.

Bewildered and feeling abandoned, the scrappy seven year-old soon wearies of the never-ending, back-breaking work at Noelani’s. Dolores dreams of re-joining her family on the mainland. But when her father finally invites her to join him in California some four years later, Dolores isn’t exactly turning cartwheels at the prospect.

Several different settings and experiences later, Dolores eventually learns that family “just is.” You don’t “choose it or grow it.” Most of the time “you just deal with it” with love and patience. She also learns that “family” sometimes means loving a person without loving everything they do.

A fascinating, clever blend of history, culture and customs, The Aloha Spirit is divided into three parts. It covers 28 years between 1922 and 1950. In Part 1 Dolores goes from one “odd person out” context of “family, but not really” to the next.

The story takes readers to the sugar-white sand beaches of Hawaii and Diamond Head, San Francisco and the World’s Fair, and a backyard shelter during the 1941 bombing of Pearl Harbor. We eventually wind up in Sunnyvale and then San Jose, California.

Along Dolores’ journey of personal growth and self-discovery, The Aloha Spirit gently shows us how even a blood brother can be ‘ohana in name only. How friends can be closer than sisters. What keeping “aloha in your heart” really means. And why.

It also shows us how and why “Aloha” is much more than a greeting or a farewell. It also means giving kindness and appreciation to everyone, even family members who are hard to love. Aloha is “the joyous sharing of life’s energy,” as Dolores finds out in her teenage years. But to have aloha, you need to love yourself first. Dolores finds this out later, when her teen marriage to Manolo unravels. Then family ties are sorely tested when Dolores and her two children evacuate Hawaii for California and her brother’s place after Pearl Harbor is bombed.

Somewhere along the way, Dolores falls in love with Alberto. She’s still married to a jerk. But Dolores is Catholic. And Catholics don’t divorce. Especially when doing so means losing her family.

Dialogue attributed to a grade schooler strains credulity at times in Part 1. Joining Dolores in the kitchen to chop veggies or stir stew also gets a little old. But The Aloha Spirit quickly rises above such mundanities and paints a vast, vibrant mosaic of time, culture, loss and disappointment, triumph and redemption.

Poignant and captivating, The Aloha Spirit brims with gentle insights and fascinating cultural and historical vignettes. This book has a realistic, authentic feel to it that makes it a winsome read. Characters are dynamic and three-dimensional. Fortified with rich, lyrical prose, settings are lush and unique. You can almost feel the trade winds and smell the pikake blooms as Dolores slowly realizes the true meaning of familia es todo. Stand All the Way Up: Stories of Staying in it When You Want to Burn it All Down (B&H Publishing, 2020)

Move over, Erma Bombeck. There’s a new queen on the humor scene. Her name is Sophie Hudson. And although she may not be new to you, she was to me. Ditto her hilarious, excruciatingly insightful Stand All the Way Up: Stories of Staying in it When you Want to Burn it All Down.

Talk about a breath of fresh air.

Anyone who opens a book with monkeys invading an open air lodge in Kenya and stealing Cajun-flavored Pistachios has me hooked. Ditto an author who candidly admits she’s “having issues” with birthdays where a “nine” rolls over into a zero, and her “stand-offish relationship” with fifty.

I hear ya, sista.

END_OF_DOCUMENT_TOKEN_TO_BE_REPLACED 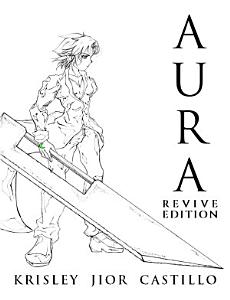 “Do whatever it takes to survive for now. We both know this won’t end well.” – Aura

Looking for a quick, fluffy story as good battles evil in an epic fight for the future? You may want to check out this book, with a couple caveats.

Sixteen year-old Ren is minding his own business, sleeping under a tree in the futuristic Kingdom of Zinah. His younger sister, Garnet, hollers at him to wake up or get locked out of the house again. Suddenly a mysterious dark-hooded man shows up with a golden necklace. Everything goes sideways from there, when Garnet is captured and taken prisoner by the evil Gaians who are on the war path against pretty much everyone else.

END_OF_DOCUMENT_TOKEN_TO_BE_REPLACED

Can we talk? Like, about book reviews? Cuz Mom and I are getting flooded with requests for book reviews. We love it! But we also want to be efficient. So we decided to set and clarify some basic ground rules for our book reviews. Here they are:

END_OF_DOCUMENT_TOKEN_TO_BE_REPLACED 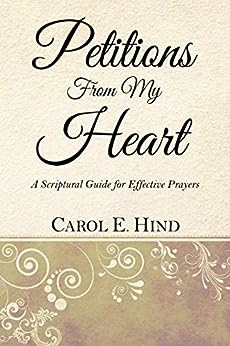 Petitions From My Heart : A Scriptural Guide for Effective Prayers (WOW! Publications, June 2019)

Petitions From My Heart is a little gem of a book for serious Christian intercessors.

Indeed, if you’re looking for a few “quickie” prayer ideas to zip through on the run or a “shotgun approach” to praying, this isn’t it. PFMH is for serious prayer warriors who are committed to “raising the roof” from their knees.

END_OF_DOCUMENT_TOKEN_TO_BE_REPLACED Walks with Sam: A Man, a Dog, and a Season of Awakening (Roundfire Books, August 2020)

He had me at “dog” and “walk.” But the rest of this book is so absorbing and delightful, it’s like wading into eddies of grace and riding ‘em into deep water.

END_OF_DOCUMENT_TOKEN_TO_BE_REPLACED

Kimber here. Asking what a ‘Top Reviewer’ is? It must be good, right? Cuz Mom’s doing her happy dance. (Why she does this, I dunno. But she also loves asparagus. Sometimes there’s just no accounting for taste.)

Anyway. Mom’s a Professional Reader with Net Galley. Do you know Net Galley?

END_OF_DOCUMENT_TOKEN_TO_BE_REPLACED

Three teens dodge bullets – both ideological and actual – from the world’s three major religions in this mystery thriller/sci fi fantasy set in Israel, “heaven,” and various fantasy locations (think ABC’s “Lost”). The kids who aren’t really kids are plunged into a world of intrigue, conflict, and a seemingly endless cycle of religious-based hate in this imaginative, creative read. Can they save themselves and their loved ones before it’s too late?

END_OF_DOCUMENT_TOKEN_TO_BE_REPLACED

You Are Never Alone: Trust in the Miracle of God’s Presence and Power

Ever feel like no one’s listening? No one cares? Ever feel stuck? Like no one can help you, hear you, or heed your call? Then this book is for you.

Packed with parables of hope, grace, and healing, You Are Never Alone takes readers on a rousing ride through gospel of John. A fresh coat of joy, perspective, and personal polish is applied to Jesus’ miracles, from Cana to Capernaum. A storm in Galilee. A crowd listening to their tummies growl. A paralytic. A blind man. Two cemeteries. And an empty tomb.

The heartbeat of this book is this: