The Magnificent One: A winner for what?

HG: “Okay, Kimmi. How ‘bout Worst Books We Read in the Last Month?”

TMO: Better, Mom. Should I get the Tylenol?

Note: We received complimentary copies of these books via Reedsy/Discovery in exchange for honest reviews.

Ever read a book that’s so brainless, banal and barf-worthy that it should come with a warning label? Like, Caution: Total Waste of Time Ahead. I’d Turn Around Now, Fize You? The four books below, all from Reedsy/Discovery, should be plastered with that label from stem to stern. We’re talking root canal without Novocain. Here’s why: 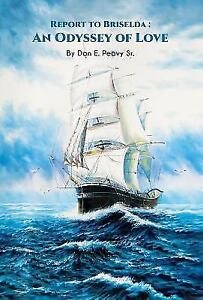 1. Report to Briselda: An Odyssey of Love

By Whoever (Cuz we could care less)

Mr. Whiney and Windy is from Fort Worth, Texas. With seven failed marriages on his tab. Briselda is in his sights for wifey #8. She’s Honduran. They meet on an internet dating site. Can they bridge the gap and find true love on “the shores of bliss”?

Can a fish ride a bicycle?

The POV – if you can call it that – comes from a self-centered Pecksniffian jerk who can’t figure out how or why his seven marriages have failed. Now Mr. Loser Extraordinaire wants to sail onto the “shore of bliss” with his latest flame, Briselda. (I’d turn back now ‘fize you, Cupcake.)

But hark! What follows is a mind-numbingly boring and nominally coherent discussion of ethics, expectations, drugs, bottles of “Champaign,” Einstein’s theory of relativity, the “ideal of romance,” the doctrine of atonement, towels, a “Camelot moment,” Rev. Moon, Romeo and Juliet, Ayn Rand and Yul Brenner and Tony Curtis in Taras Bulba  (mistakenly identified in the text as “Genghis Khan”).

Wake me when it’s over. Belay that. Cuz it gets worse.

The timeline lurches from past to present to future and back again like a bucking bronco. On steroids. In between banal, self-serving rationalizing, Mr. Uber Jerk recounts multiple marriage failures as he tries to find his way to “shore” and continue his search for “Eros” with Briselda.

There are so many problems with this heap of cow pucky, it’d take a week to chronicle all of them. But this dud tips the scales at: Who are you and why should I care, loser? Cuz thispuppy makes Atlas Shrugged read like a comic strip.

But, hey! As the author says, “Love means never having to say you’re sorry.” (Quick! Someone tell Erich Segal!) The results are almost comical. Think Lucy and Ethel cooking up an act for the Tropicana.

Looking back on a Mount Everest-sized accumulation of detritus from seven failed marriages, the author  is “at a loss to explain how someone as gentle, kind, respectful, and loving as I am could fail at so many marriages.” (Here’s an idea: Don’t marry a known drug addict. Throwin’ that in for free.) This coming from a Serial  Loser who asserts, straight-faced, “I have been married seven times but these seven marriages do not mean I have a cavalier attitude toward marriage.”

But it’s okay. No. Really. We know this is true because Uber Jerk says it is. And if you can’t trust an Uber Jerk who’s been married seven times with God only knows how many adulterous alliances under his belt, who can you trust?

Besides. He’s “basically a very happy person.” And all “a woman has to do is avoid making me unhappy.” 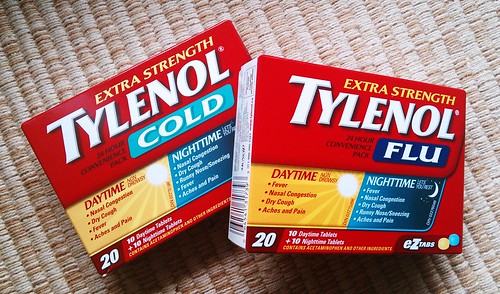 Note to Briselda. Listen up, Buttercup. Run, don’t walk, away from this dude. Preferably at warp speed. Do not pass Go. Do not collect $200. Same goes for this muddled morass of mawkish monotony. It oughtta be subtitled How To Be an Idiot in Seven Easy Steps. 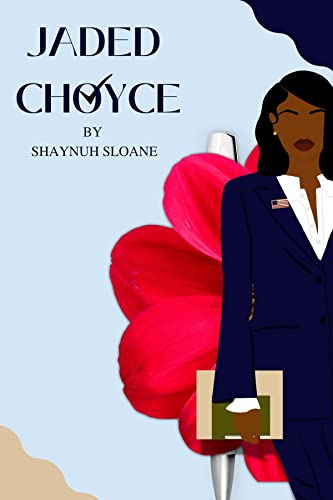 Chloe Choyce is a World Class Whiner masquerading as a federal employee in Washington, D.C. When not busy feeling sorry for herself – Nobody loves me, everybody hates me, think I’ll eat some worms – Chloe finds herself mired in “one of the most toxic work environments in the world.” Her “unexpected, forced resignation” results in the feeling that she’s losing her mind, her sense of self, and her integrity.

Well done, Cupcake. Now you know how the reader feels.

Out of the Frying Pan…

Determined to regain all of the above without learning a thing, Chloe the Caterwauler “transitions” to another government bureaucracy, the “Department of Demographics.” This move turns out to be a classic case of “out of the frying pan, into the fire” as Chloe battles corruption and ineptitude galore. Oopsie.

That’s about it. Cuz there’s not much else going on here. Unless you count leaves. Sick leave. Annual leave. Medical leave. “Here a leave, there a leave. Everywhere a leave, leave.”

“Minor drawbacks” to this stinker include no unifying theme, hackneyed dialogue that’s straight out of Amateur Hour at the Bijou, and characters that are as inspiring as week-old Sushi. On a good day. But who’s counting?

I’d get off at the first exit, ‘fize you.

This is a work of “realistic fiction” set at the beginning of World War II. It follows the life of a Polish man, Jesmy Alenskey, beginning with a Polish attack on the Nazis after the latter invades Poland. Then the action shifts to a freezing December day in the North Sea aboard a British cruiser. It quickly pivots to a French resistance base in to Canisy, “a small village on the outscourts (sic) of Saint Lo.” Then it follows “Operation Hamburg,” the Battle of Paris, and the Battle of Libuek. And on and on and on…

Are we there yet?

Trying to navigate this no man’s land of nuttery is like trying to ice skate across the English Channel in a blizzard. Blindfolded. With both hands tied behind your back. On one foot.

We tried to be gracious with our review on Reedsy/Discovery. But we’re under no such obligation here. As in, this brick made our hair ache. That’s not even counting the typos, lack of paragraphing, and pacing that a desert tortoise on crutches could outrun.

The neighbor’s cat could do better.

4. In Our Truck and Camper

Note to self: Never grab a book by an author without a surname. Or lucidity.

This book claims to be a travelogue-type compendium of adventures and experiences encountered by two friends as they explore the United States in a truck and camper.

The road trip idea originates during a camping trip in the forest of Colorado. After a run-in with a bear, “the traveling trio” – Jim, Ted and their intrepid Terrier mix, Rusty – realize that life is short. Jim and Ted decide to “make memories of good times as quickly as possible” and launch a series of road trips spanning some forty years. The text chronicles some of their adventures and mis-adventures along the way. 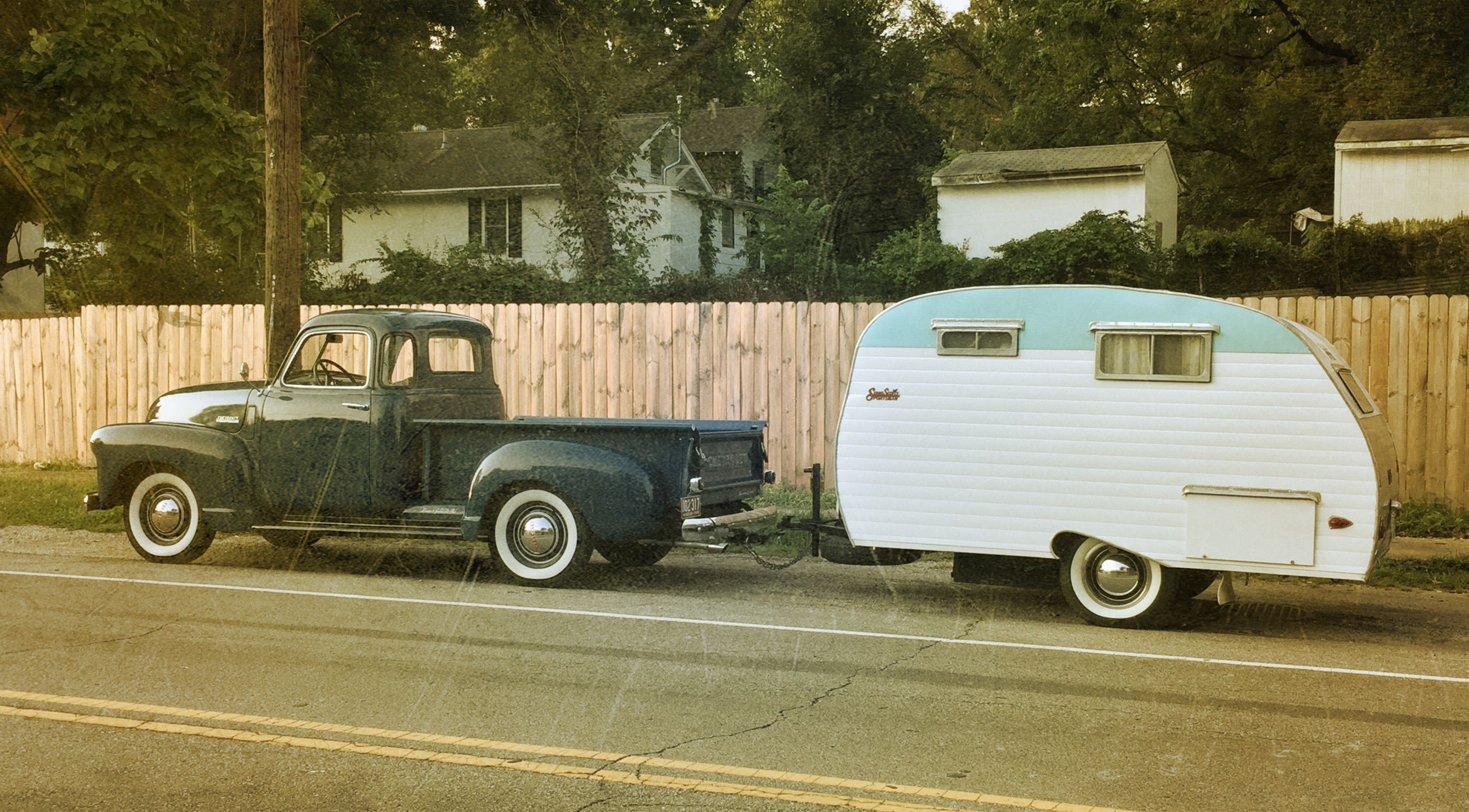 Except that it’s written as a “screenplay.” The author failed to divulge that bit of trivia when posting the book for review. Oops. But, hey. Aside from a few minor deficiencies like a rambling, shambling writing style that’s as focused as a Rorschach test, a timeline that suffers from terminal amnesia half the time and dementia the rest, and a narrative that’s as dull as a blunt spoon, we’re good to go.

Adding injury to insult, the third grade proofreader was apparently absent the day this clunker was proofed. It’s shot through with errors in grammar, spelling, and basic usage. We’ll list a few here. There are lots more. But these are among our faves:

Sudden shifts in POVs and frequent verb/tense confusion give the reader whiplash. Moreover, the narration shifts between third and first person, often in the same paragraph. It also jumps from “they” to “we” like an Olympic pole vaulter.

Of course the dog is the smartest member of this “traveling trio.” 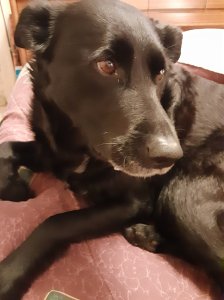 Kimber: So, Mom and I? We soooo do not have time for stinkers like the above. But we waded through this Quartet of Crap so you don’t have to. You’re welcome. In the meantime lousy books, Off to the Big Kitty Litter Box in the Sky with the lot of you!

Up next? R-e-l-a-x. Our next post will restore your faith in the printed page. Promise. Stay tuned!