Ever dive into a well-anticipated book only to go thud? Like, “Good thing my fall was cushioned by a nice, thick slab of granite or I might’ve been seriously injured”? How ‘bout trying so hard to really, really like a story only to wind up reaching for the nearest bottle of Pepto?

Well. Books are supposed to be enjoyable and engaging, capcihe? So if ya gotta force yourself to read a book, that kind of defeats the whole purpose, right?

We could not force ourselves to finish the titles below. Kindly note that some aren’t necessarily lousy books (although some are really lousy. We’ll get to that in a min.). They’re just not our cuppa, okay? Usually cuz they moved with the speed of a growing redwood, numbed our brain into a dopamine stupor, or could’ve doubled as a bunch of arugula.

Drum roll please… for our list of nominees for the DNF Pepto Patrol. In no particular order: 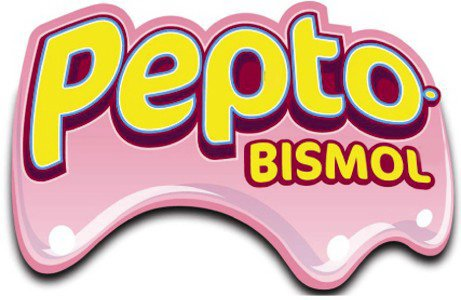 We accepted a review request from the publisher on this, inquiring first if this was another anti-church polemic. Assured that it wasn’t, we gingerly accepted the ARC.

It didn’t seem like a mistake at the time. Which just shows you what we know. Here’s the 4-1-1:

Convinced that “God” didn’t uphold His end of some bargain Michael Sergeant assumed would guarantee healing for his terminally ill wife, Celeste, Michael’s mad at the world after her death. But Sergeant’s mostly mad at his version of “God” and “religion.” In fact, Sergeant thinks “God” is doing such a lousy job, he decides to take on the job himself. He calls it “The Celeste Experiment.” But it’s really a road map for How Not to Respond to a Tragedy in a Healthy Manner.

What follows is a bizarre and arduous exercise in intense rage, animosity, and manipulation. It involves an 18 year-old Pakistani girl, Hamida, and a 30-ish dude named “Maurice.”

Maurice is paid to woo and seduce Hamida as part of a “business contract” set up by Sergeant. (Laughable: Maurice wonders if he’s still a fraud if he develops actual feelings for Hamida – somewhere around p. 216. Yawn.)

Oh yeah. There are lots of dreams in this book. Also lots of blue, butterflies, B.S., and feeling all touchy and tingly.

It’s all downhill from there.

Made it to chapter 22 and page 225 through gritted teeth. Then we woke up. Buh- bye! (Bonus points: This book didn’t just ignore our Submission Guidelines. It blew right through ’em. Oopsie.)

We were going to bow out of a review gracefully with something like, “We are unable to recommend this book.” Naw. You want the Real Deal Bottom Line? Good. Cuz here it is:

Can’t remember the last time we read something as useless as this pile of cow pucky. Oh, wait:

Well. That’s two days out of our lives we’ll never be able to get back. Read our full review here. (BYO Pepto.)

You know we’re not shy about panning any book that earns it, regardless of what anyone else thinks. Tsarina is no exception. This thing’s garnering rave reviews in some quadrants. Not here, thank you very much.

This book had great potential as historical fiction. Unfortunately, the author too often resorts to cheap parlor tricks in lieu of an actual, coherent plot. Toss in a bunch of cartoonish characters and tiresome, predictable boors. Add heaping helpings of snow, war, and depravity. Gag me with arugula.

Parts of it are just gross. It’s almost as if the author got stuck, couldn’t figure out where to go next, and decided to toss in a little debauchery to titillate readers because she couldn’t think of anything else.

“Untold story inspired by true events” is a rope-in ready tagline, right? That’s what we thought, too. Not!!

This book allegedly recounts events at an Iranian university during the 1990s. Once you dive in, however, it’s more like one ginormous run-on sentence. Like, 218 pages worth.

Cynical, sardonic, and as inspiring as an overcooked cabbage, the plot – if you can call it that – is littered with insipid characters, wooden dialogue and a storyline that’s as dull as a blunt spoon. Zzzzzzz…. (We actually finished this one. Through gritted teeth and only cuz we said we would.)

It was obvious early on that the author either never bothered to read our Submission Guidelines, or figured we wouldn’t notice just how majorly this novel violates ’em. Dude: We noticed.

But a request is a request. So here’s our review. In one sentence:

If you like reading trashy “thriller” books of the pulp fiction variety, this one’s for you.

Tried so hard to like this book, my hair ached. (Did too! Did too! DID TOO!) There’s some good stuff in here about hope, forgiveness, and second chances. But it just takes forever to get there. This is Book 5 in the Shards of Sevia series.

It’s worth a look-see in a Fiddler on the Roof/Doctor Zhivago-ish, gentle romance kinda way. Just too many snooze worthy bunny trails in between. Sayonara after 170 pages.

This barf-fest opens with Nancy aboard a Liberator poised to parachute into France. She’s supposed to meet up with the resistance. The pilot tosses her a spam sandwich, heavy on the mayo. She eats it. Then it comes back up all over the floor of the plane. It’s all downhill from there, with needlessly graphic details of torture, mayhem, and murder.

An ex-Los Angelino and online entrepreneur leaves the States, drops out of “civilization,” travels the world and becomes a world class cynic. He heads to Croatia and lives off the grid for a while after losing most of his online income. And writes a book about it.

The itinerary features frequent check-ins at Camp Surly, Sullen, and Supercilious. Repeat off-ramps into Women Are The Scourge of the Earth. Detours into Too. Much. Information regarding personal hygiene. Stops at Whinefests and Complaints R Us! There’s lots of griping about pretty much everything and everyone in between.

Yea, verily. If climbing Mount Gloom was an Olympic Sport, this book would bring home the gold. It makes Eeyore look like Captain Happy.

We bailed out after about 100 pages. Who wants to hang with a cranky, crabby tour guide who’s basically mad at the world and most everyone in it?

If we want that, we’ll catch the headline News.

Who needs a Pepto reload?

4 thoughts on “The DNF Pepto Patrol”