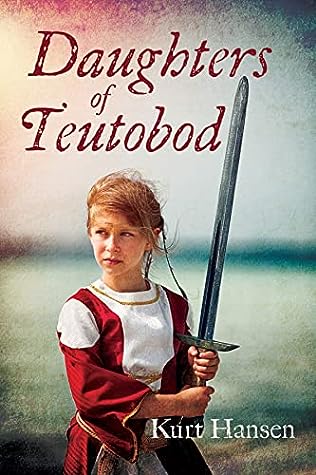 Kimber: You know that feeling you get when you order a nice, thick filet mignon and wind up with an under-cooked burger instead? That’s how we felt reading this book. I’ll let Her Grumpiness explain. But I’d buckle up ‘fize you. Cuz she’s on a roll today. And I don’t mean burger bun. Take it away, Mom!

Her Grumpiness: We received a complimentary copy of this book in exchange for an honest review as part of a blog tour. Then we read it. And bowed out of the tour. Why? Simple. Blog tour coordinators typically want a glowing review on the order of the Parting of the Red Sea or the Greatest Thing Since Sliced Burger Buns.

Newsflash, Buttercup: We don’t do that here.

We bowed out of the tour so we could post an Honest Review instead. We’re just funny that way.

So. Ready? Good. Here it is: Gag me with arugula.

Although this is a compelling story in some respects, undergirded with robust writing and an eye for detail, it’s just not our cuppa. (We’ll get to that in a min, okay? So kindly keep your shirt on, Cupcake.)

Here’s the book blurb we received. You might want to take this with a grain of salt. Think Dead Sea:

Daughters of Teutobod tells the stories of three women, living in vastly different times and places, and how each of them faced and overcame the struggles in their lives. From ancient Gaul to WWII Pennsylvania to current day America and France, these three women are united by the nature of the difficulties they faced, by their patience, courage, and wisdom, and by the persistence which allowed them to rise above the barriers they encountered.

The story is told in three parts:

But here’s the beef: This book feels misandrous. With the exceptions of Johann and Hans, there’s hardly a dude worth his braunschweiger in the whole thing. The underlying message is as subtle as a ton of Schnitzel. You could boil it down to: Women are noble. Men are swine.

The first part, Gudrun’s story, is violent, graphic, and gross. We almost bailed out right there. Probably should have. And oh, that “rise above the barriers” thing? Does that include Gudrun bashing her newborn daughter’s brains out when captured by the Romans?

Too Little, Too Late

Then, in a prima facie case of too little, too late, it takes the author 238 pages (out of 242) to tie Part I to anything that remotely resembles the rest of the narrative. Talk about wasting our time. (For more on that, see Don’t Be This Author – or – How to Get a Negative Review in 3 Easy Steps. You’re welcome.)

Worse, someone never bothered to review our Submission Guidelines. Not a smart move, Toots. Daughters not only pushed the envelope of PG-13, it went over the edge more than once, especially in the graphic violence department. So. Not. Us.

Additionally, you know how we feel about political sermonizing dressed up as “fiction.” If you don’t, here’s a tip (throwin’ this in for free):

Then there’s the whole German stereotyping thing. Well. One of us is a “Daughter of Teutobod” who did not appreciate that under-cooked burger.

Oh, and that scene in Chapter 44 – spoiler – where “a retired French army officer named Angele” and her daughter foil an assassination attempt on Sen. Gretel Schutte (cuz of course her male security dude didn’t know which end was up)? What, there aren’t any Jacques or Jeans in Paris?

If we want this stuff, we’ll dive into a bowl of arugula. Gag me again.

(On a good day. Without arugula.)

4 thoughts on “‘Daughters of Teutobod’: Hold the Braunschweiger”