“Fall is in the air!” Mom announced the other day. I’m not sure what that means. But Mom is skipping merrily around the house, chirping about “fall colors,” “sweater weather” and “hot chocolate.” I’d be just as happy with a nice, thick New York steak. Whatever. 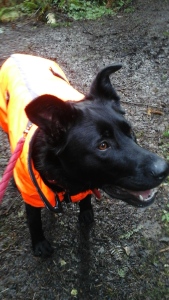 I figure it’s only a matter of time until Mom breaks out that stupid bright orange thingy she hauls me into whenever we go out in cold weather. Pay off: Coming home to a cozy spot in front of a nice, warm fireplace.

Anyway, Mom says fall is a great time to grab a hot cuppa whatever and curl up next to a roaring fire with a good book! She’s got a list. Checked it twice. (I helped. The first list didn’t smell right.)

Here are some of Mom’s top picks for the season. Some are old. Some are new. All are worthy reads. In no particular order:

An absorbing, highly engaging biography of a complicated and multi-faceted wife, mother, missionary, and prolific author and speaker, Becoming takes us on a fascinating look at the events, experiences, and people who helped shape the life of this remarkable woman.

After her twin sister dies in a car wreck, Abby Welles travels to Mexico to find Jose Luis Hernandez, aka: Destiny Man. He supposedly knows about miracles. Running on faith fumes, Abby wants to research and write a book on the subject. She heads into the Sierra Madres and the Devil’s Backbone to try to make sense of her life’s loose ends. What she finds is more than she bargained for as something dark and evil stalks her every step.

3. Stand All the Way Up – Sophie Hudson

Anyone who opens a book with monkeys invading an open air lodge in Kenya and stealing Cajun-flavored Pistachios has me hooked. Ditto an author who candidly admits she’s “having issues” with birthdays where a “nine” rolls over into a zero, and her “stand-offish relationship” with fifty.

I hear ya, sista.

This uplifting, inspiring collection of insights, observations and hilarious life episodes seen through a biblical lens will warm your heart and then some. I’m willing to go out on a limb here: if you give Stand All the Way Up your full attention and read with an open, listening heart, you may not be the same person on the final page as you were on the first.

4. The Secret Sky: A Novel of Forbidden Love in Afghanistan –  Atia Abawi

Cruelty. Kindness. Despair. Hope.  Menacing evil. Compassion and courage. Ancient rivalries and new wounds. This story them all. And when a Hazara girl, Fatima, and a Pashtun boy, Samiullah, fall in love in war-time Afghanistan, there’s hell to pay. Especially from self-righteous Rashid, Sami’s cousin.

When Addie Cowherd is forced to drop out of college during the Great Depression, she never dreamed she’d wind up as a “pack horse librarian” in a small mountain town in rustic Kentucky. Or that she might have a chance at love in the middle of the wilderness.

Superbly written and expertly paced, The Librarian of Boone’s Hollow is one of the season’s best. Chapters glide easily one after another. Dialogue is credible and sturdy. Characters are rich and full-bodied. The plot is a masterful blend of mystery, history, and romance that will keep you on the edge of your seat until the final page.

6. An Eagle in the Snow – Michael Morpugo

In a mountain tunnel outside London (1940),  a train waits out an attack from a German Messerschmidt 109. One car is occupied by a young boy, Barney, his Ma, and a mysterious “stranger” with matches. The boy and his Ma are fleeing the night’s bombing of Coventry which destroyed their home and killed Barney’s father.

To keep the frightened young boy’s mind off the suffocating darkness, the stranger unravels a tale about a fellow orphan, Billy Byron, and his experiences during the first world war. They include Byron’s merciful choice to allow a German corporal with a mustache to walk away from the end of the Battle of Marcoing as WWI concludes. Byron is horrified when the corporal resurfaces years later as Der Fuhrer.

A classic What If? story.

The Edge of Everywhen brings readers face-to-page with how do you know when a book wants to be read? There’s loads more in this delightful new fantasy. Also enchantment. Loss. Danger. Family.  Redemption. Why everyone’s story matters. And a really, really good read!

Almost Shakespeare-eque in its scope, depth, and sense of tragedy, this is a history that reads like a novel. Meticulously researched and thoroughly documented, this intriguing look at Russia’s last tsar and his family may be the definitive work on the subject.

Candace Fleming pierces the veil of mystery and secrecy surrounding the final, tragic fate of the Romanovs with primary source material, a generous amount of photos, and great dignity. If you want to better understand what happened to Russia’s last family dynasty and why, this book is for you.

William “Willie” Traynor isn’t just a cub reporter for an ancient weekly newspaper in the Deep South. The newly-minted Syracuse U. graduate is also the editor/publisher. He bought the struggling newspaper for a song. Subscriptions went through the roof after coverage of a vicious rape-murder. The suspect is the son of a notorious crime family. The story will either make Willie’s career as journalist. Or it could get him killed.

The Last Juror is vintage Grisham. Set in Ford County, Mississippi during the turbulent 1960s and 70s,  this finely crafted legal thriller will keep you guessing until the last page. It’s also about more than a courtroom drama, a newspaper, or the judicial system. Much more.

What titles would you add?

Now if I can just remember where Mom stashed that steak. Hmmm. 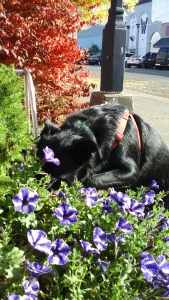