Combining history and biography can be a challenge, especially when the setting is a world war. But two recently read books do that and more, offering compelling reads that shouldn’t be missed. Both are set in WWII. 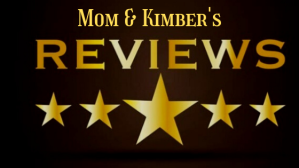 In and out of trouble in his early life, Louie Zamperini was hell on two legs as a child. Guided by his older brother, the rebellious Louie finally found his stride in running. He was one of the fastest one-milers in the world. Louie competed in the 1936 Olympic Games and set his sights on the 1940 Olympics. Then World War II hit. He joined a B-24 crew and was shot down over the Pacific. He survived 47 days and 2,000 miles on a life raft. Then he was captured by the Japanese.

After surviving his plane crash and being picked up by the Japanese, Zamperini is incarcerated in Ofuna. It’s a Japanese “secret interrogation center” where “high value” captured men were “housed in solitary confinement, starved, tormented, and tortured to divulge military secrets.” The story details hellacious conditions in this and other Japanese POW camps. The Japanese “kill all” policy of murdering all POWs if any Allied advance raised the possibly of rescue or invasion of the homeland. Brutal.

Back home in the States, we learn how Louie’s disappearance effected the Zamperini family. How Louie’s older brother, Pete, and his dad discuss plans to rent a boat after the war has ended and sail “island to island until they found him.”

Post-war, the text candidly describes Louie’s struggles with alcoholism and nightmares related to his imprisonment and abuse at the hands of one particularly sadistic Japanese corporal (later sergeant), “the Bird.” And how Zamperini finally found forgiveness and extended same to his former captors. Unbroken was made into a major motion picture.

Stunning in its magnitude and power, Unbroken is a sterling testament to the power of hope, love, and faith. It’s a remarkable, compelling read full of pathos, poignance, and timeless truths. You don’t want to miss this one.

This might also be a good time to re-introduce our Rating System & Submission Guidelines.

We’re getting quite a few review requests that do not meet our submission parameters. Please save yourself and us some time and effort by taking a few minutes to read our submission guidelines prior to contacting us for a review. We’re picky, okay?