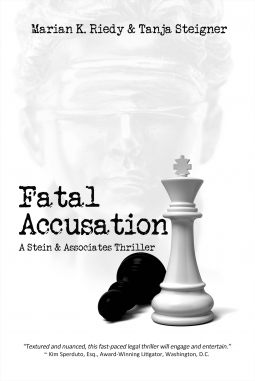 Early on we meet a young lawyer, formerly with the NSA, who winds up in a wheelchair as a result of a subdural hematoma. Jessica can’t remember anything about how she got it. The hot shot lawyer handling Jessica’s case for possible medical malpractice, Miranda, sniffs out something rotten in the deep state of D.C.

Enter about 8 million characters. Some have sterling backgrounds. Some don’t. Most are somewhere in the middle. But you need a road map to keep everyone and their stories straight. After awhile, you probably don’t care anymore.

Indeed, billing this book as a “legal thriller” is a stretch. The story can’t seem to decide which way it wants to go. Or what it wants to be when it grows up. Med mal law. Immigration law. Patent law. Here a law. There a law. Everywhere a law, law…

This book was such a disappointment, with one of the worst endings ever. It’s like the writers just ran out of gas and gave up. Thud.

Christine Stewart is a forty year-old divorcee and a transporter. She’s responsible for orienting and “transporting” cyber criminals into exile in the past. After completing her missions, Christine time travels via transponder back to her present in Los Angeles, 2070.

We meet Christine just after she’s dropped off her latest charge in 1867 Piedmont, Oklahoma. Only this time, her transponder malfunctions. She’s stranded in the past with no supplies. No food. No weapons. And no way home.

Meanwhile, software and IT geek Johnathan Hoyt of Hoyt Enterprises has discovered a correlation between extreme weather patterns and a catastrophic pandemic. Hoyt thinks he’s found a way to stop the pandemic IF he can get his hands on the missing chapter of an ancient equation. He recruits two flunkies to go back in time to retrieve the missing chapter. Once deciphered, it can save the world.

There’s just one problem: sending Aidan and Thomas back to 1335 Cotswold, England threw the entire time travel system off, stranding transponders in an uneasy past, worldwide. Now no one can find anyone. And the pandemic clock is ticking.

Told mostly in the first person, the bulk of the story is alternately narrated by Christine and her twenty-one year old son, Michael. He’s part of a search and rescue team that jumps into the past trying to locate and extract Christine and other lost transponders. Think Seal Team 6 meets H.G. Wells.

Highly enjoyable and galactically engaging, No Way Home features solid, three-dimensional characters, credible dialogue, and vivid settings. It culminates in a satisfying conclusion that neatly “tucks in the tail” of every character and story arc. You won’t want to miss it! 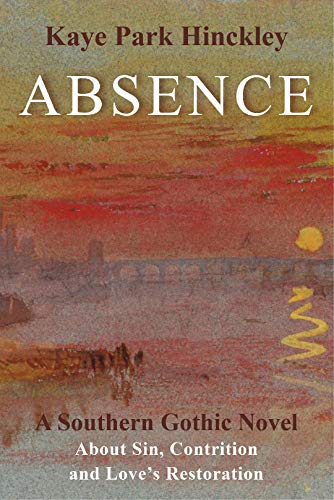 A taut tale of love, loss, betrayal, longing and redemption, Absence is a thinking book. It doesn’t belong in the “light reading” stack on your coffee table. But for those willing to plumb the intracies of this complicated plot and even more complex characters, it’s a treasure trove of rich writing and robust characterizations.

Set in Alabama with side trips into Viet Nam, this book could be summed up with:

Indeed, a dark secret sprouts from the ragged, angst-riddled peanut farm of James Greene when he strikes a bargain with a shady obstetrician. Greene winds up getting a lot more than he bargained for. Way more. In fact, his decisions and their consequences dog him and his family for generations.

This story is a two-fer. On one hand it’s a powerful look at family dynamics and a study of the “meanness of nature.” (That could also apply to human nature.) On the other, it’s a clever missing persons mystery.

The third person narrative is crisp and compelling. Water is used repeatedly to undergird and emphasize some of this story’s subtleties. Too much water results in a devastating flood. Too little results in an equally devastating drought. Just like too many secrets gnaw at and tarnish everything they touch.

Engrossing and intriguing, Absence will likely echo in your head long after you finish the final page.