No one came out and said it in so many words. But it was everywhere implied. The arched eyebrows. Dubious glances thinly camouflaged by polite nods. Watery half-smiles that didn’t quite reach the eyes.

It added up to: Good luck with that one, sis. As in, Nice pipe dream. Better chose a more reasonable, reachable goal. Aim lower. Because that’s impossible.

These were the wordless but emphatic rumblings I got when I occasionally mentioned my 2018 Goodreads Reading Challenge goal to select friends, Romans, and fellow countrymen: 250 books in one year, January 1 to December 31.

My internal response to the doubters? Watch me. 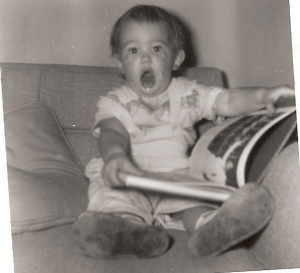 The author at age 1 year.

As you may know, I’ve been a voracious reader since early childhood. For me, a little slice of heaven includes settling in to a comfy chair in front of the fireplace with a big mug of hot whatever and a good book. Or even a mediocre one.

I incorporate reading into my daily schedule, setting aside at least an hour a day to read. I rarely turn on the TV. When I can swing it, I also set aside Sundays for reading.

Besides. I’ve never been a big fan of “aim lower.” So when people sort of rolled their eyes at my “250 books in one year” reading goal, I quietly revised my goal upwards. To 365 books in one year.

Well, guess what? I just cleared that benchmark, finishing my 365th book since January 1, 2018. (My 365th book was Mark Twain’s The Prince and the Pauper.)

Don’t believe me? You can check out several prior posts charting my reading progress over the past few months. (Like: Celebrating ~ 200 Books in 6 Months. Or: The Big Summer Stretch: 150+ in 90.; Rockin’ it This Summer With Reading, and Reading Challenge 2.0: Why I’m Going Back to Square One.) I’ve also got the Goodreads Reading Challenge log to prove it. A complete listing of every title I’ve read this year, including:

Cuz lemme tell ya, friends. There’s nothing that motivates me more than having someone insist or imply I can’t do something. That just revs me up to knuckle under. Dig deeper. Go farther, faster. Throttle up.

Incidentally, the 358th book I finished en route to title number 365 was The Trident: The Forging and Reforging of a Navy SEAL Leader. By Jason “Red” Redman. (He goes by “Jay.”)

When you think of the word “courage,” multiply that by a factor of about one hundred. You’re still not close to this riveting read about one warrior’s journey to hell and back.

Redman was severely wounded in Iraq in 2007 – hit by machine gun fire at point-blank range. He endured thirty-seven surgeries over four years before retiring in 2013. He is the founder of Wounded Wear, which later evolved into the Combat Wounded Coalition, a non-profit organization which supports combat wounded warriors and families of the fallen. The Trident is his poignant, brutally honest memoir about the meaning of leadership, true grit, and triumph against all odds.

In the Epilogue, Redman writes:

“Tomorrow always will come. It may not be the tomorrow you wanted or hoped for, but it will come. It is up to you to be ready for it, to shape it and make it what it will be. You can’t change the past but you control your future as long as you’re willing to…”

There is nothing in life that cannot be overcome if you’re genuinely willing to try and never quit.

Lift up those around you, always give back, climb a mountain, jump from a perfectly good airplane, and never pass up life’s opportunities.

In the end the only thing you will have left are the relationships you forged and sustained in life.

Pride has destroyed more men than all wars combined.

True leaders lead at all times regardless of the situation they are in and who’s watching.

Redman summited my favorite mountain, Mount Rainier, in 2010. He closes with: “If you follow these principles (see above-Ed), “when your hour is called, you can go, knowing you had…. NO REGRETS.”

Like finishing 365 books in one year when most everyone thought it was the stuff of pipe dreams. (It required focus, discipline, and prioritizing. I also read fast. That helps.) But the biggest factor in completing this year’s reading challenge? It came down to having the “want to.”

Additionally, the jet fuel that propelled me across the 2018 Reading Challenge finish line I set for myself back in January? It was the dubious looks and raised eyebrows from those who implied or otherwise indicated I couldn’t do it. 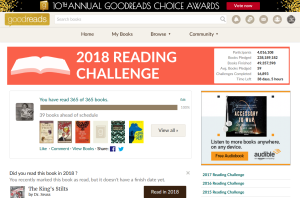 So. Someone telling you your dream, goal, plans or (fill in the blank) are “impossible”? No way. No one can do that. Better chose a more reasonable, reachable goal. Aim lower. The next time you hear “that’s impossible” or someone rolls their eyes at a goal you’ve set for yourself, just smile sweetly and dig in.

You might also want to read Redman’s memoir. Just sayin’. 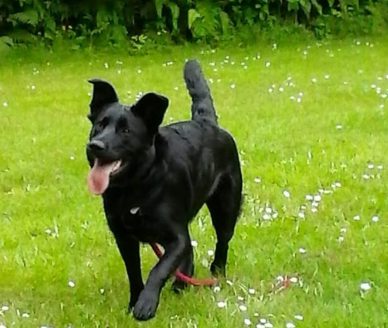