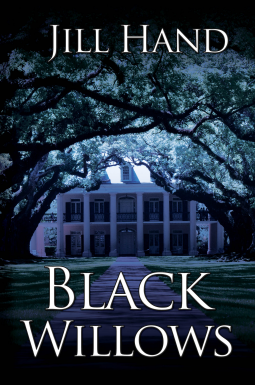 The Apple Dumpling Gang meets the red earth of Tara in this delicious romp through a Georgia playground of the rich and infamous.

When the Trapnell family patriarch dies, spoiled rotten and uber shallow family members drool over their slice of the $40 billion family fortune. They all try to snatch Daddy’s will from the shaky hands of a senile probate judge in order to further their own ridiculous plans.

Fashion designer Aimee Trapnell wants to buy an Aegean island and fill it with snakes. Her sister-in-law Palmer wants to create a land-locked version of the Titanic. Brother Marsh is an international arms dealer. Nephew Benjamin is walking off demerits on the “Ho Chi Minh Trail” of an elite boys boarding school in Pennsylvania. Half-sister Karen is supposed to be dead. Turns out she’s a Buddhist nun who’s allegedly created a “tulpa” – an imaginary friend you can see. The tulpa’s after everyone and everyone is after the money as soon as they finish their mint juleps.

It’s a full day at the White Oaks estate.

But something creepy and other-worldly stalks the Trapnells. What is it after, and why? Who’ll be floating belly up in the estate swamp next? And what’s up with the secret codes in the estate’s iron railings?

Peppered with memorable characters like “Birdsall Gormley” and “Peach Walker,” the story is nimble and engaging. Each chapter glides effortlessly into the next with the exception of chapter 25, “Kortney’s Double Life.’ It bogs down here. But this lively whodunit? soon regains momentum and quickly returns to the tracks.

Indeed, Black Willows is a thoroughly enjoyable read. Just watch out for flying boomerangs, especially if you’re a “tulpa” wannabee.