Medical School: Stumbling through with amnesia

The line is right-on-the-stethoscope and sets the tone early in this nimble, entertaining medical school memoir. Told in the first person with tongue firmly planted in cheek, Playing Doctor includes twenty-one chapters and an Epilogue covering the author’s four years at the University of Utah School of Medicine.

Laced with self-deprecating humor, Playing Doctor isn’t another ER knock off or a Marcus Welby, MD wanabee. No siree, Dr. Kildare! Witty and waggish, the narrative begins with a droll stroll down the author’s cringe-worthy first year of med school, made all the more cringe-worthy by short-term memory loss, courtesy of a mountain bike crash-induced brain injury. What follows is an excruciatingly insightful look at the author’s life as a medical student “in the dark ages of the 1990s.”

Indeed, Playing Doctor is a rare “behind the scenes” look at what it may take to get in, through, and graduate from medical school in between sleep deprivation, mountains of student loan debt, Tequila, and amnesia. It includes:

The writing is strong, covering four torturous and sometimes insanely funny years of medical school. (The text is sometimes derailed by the occasional typo. Nobody’s perfect.)

Peppered with personal anecdotes ranging from ski guiding in France to an elective rotation at a rural medical center in Colorado, the story is also solid and engaging. It gives non-medical readers a glimpse into the personal, non-academic side of studying and practicing medicine. Or at least playing at it.

Note: If you routinely skip Introductions, don’t skip this one. Playing Doctor’s Intro includes the important tidbit that this memoir is Tongue. In. Cheek. If you miss that, you’ll likely think twice (if not thrice) before ever setting foot inside another doctor’s office.

Speaking of missing it – in case you missed it the first time – this is a medical school memoir. So parts of it are like, Yuck. That’s med school speak for “yuck.” And sometimes just Too. Much. Information. Aka: “Yuck.” Indeed, some readers may find the tone disturbingly flippant. Others may laugh out loud. Or pour another Tequila.

There will be a quiz on Friday. You may want to stock up on Tequila. 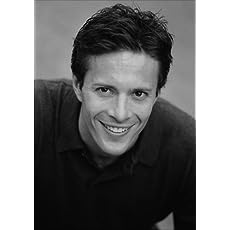 John Lawrence was born in New York, grew up England, and attended Georgetown University where he told his career advisor that the only thing, he did not want to be was a doctor. He subsequently survived medical school and residency training in Utah.

John worked as a doctor for 20 years in both traditional western medicine and functional medicine. He enjoys biking, skiing, cooking and watching films with friends and family.

Playing Doctor is John’s first book. The follow up books in the series cover residency training with both increasing responsibility and accompanying fear. Find out more about John via his guest author post: 6 PAWsome Historical Fiction Re-Readables.