The other day I got an out-of-the-blue request from someone I don’t know, have never heard of, and haven’t a clue how they found me.  It was a request to review their 330 page “you too, can get rich overnight with my proven 120-step technique for overnight wealth” type book.

Guess how long it took to zap that sucker into the big round file in the sky?

That request was followed by a 1,500 world email from someone else I don’t know and have never met asking for my take on the pros and cons of traditional publishing vs. self-publishing.

Another sure-fire way for an unsolicited email to wend its way into my Delete box at warp speed and a one-way ticket to my Block List: those that pretend to be a personal friend or associate when the message is obviously a bulk email sent to a list that’s probably the size of Alaska.

Another big no-no: emails from people asking me to do something for nothing.  By “nothing” I don’t necessarily mean $.  I mean people who aren’t willing to reciprocate.  They’re unwilling to do anything in return for my time and effort – no reciprocal link, a guest post, retweet.  Zip.  Zero.  Nada.

I have a response for that, too: Sayonara, baby!

Another way to get my welcome mat whisked out from under your feet: flood my in box with a tsunami of unsolicited pitches hawking your latest product, book,  webinar, class or other self-serving commercial every time I sign on.

When I sign up for an email list, I do it at tortoise speed – and would appreciate it if the sender did likewise.  As in, Can you whittle that email tsunami down to once or twice a week, tops, instead of every single cotton pickin’ day???!!!

Maybe you don’t get lots of dumb emails. But do you get dumb comments on your blog?  The kind that are obviously generated by an automaton in Outer Moldavia and read something like: “Great post!  I really love your site!”

Let’s face it.  Sneezing – whether in person or electronically – isn’t a great way to win friends or influence people.  Most people either turn away from or pretend to overlook a sneeze, even though it rattles their willies.  Sneezing interrupts the conversation, derails the train and makes you look less than healthy.

So think of dumb emails as “electronic sneezing.”

It’s amazing how much time dumb emails can gobble up.  Few of us have the time or want to expend the mental energy needed to wade through this stuff.  (Especially those of us with the attention span of a gnat.  You know who you are.)  So here’s my quick criterion for filtering out dumb email and dumb comments, aka: electronic sneezes:

– Messages from someone I know or is a verifiable friend of a friend.

– Messages from an individual who expresses knowledge or interest in me as a person, not a two-legged product or potential profit.

– Messages from those who have something helpful and legit to offer that I can pass on to my readers.

– Messages from senders who are willing to give and take, rather than just take.

– Messages that are focused solely on selling something or sniffing out potential customers.

– Idiot messages.  The kind that say something like, “Hey, I found this super cool resource at – Wherever Extraordinaire – and thought you would, too!” Not.

– Self-serving, mass-produced emails from someone trying to get me to buy their Latest and Greatest.

The writers I know are busy.  Yep, staring out the window in search of inspiration is “working.”  Writers don’t have time to wipe hankies through In Boxes inundated with fluff or junk or sneezes.  How ’bout you? 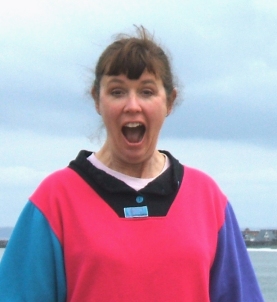 Do you have a friend who’s prone to “sneezing” on line?  Share this post with them so they can avoid losing friends and subscribers and build their  e-list intelligently, too.

2 thoughts on “How To Avoid Sneezing By Email”