Kimber here. Mom says it’s time for a reading wrap-up. That’s when she does her version of recently read hits and misses. Why? So you can avoid the dumpster fires. Not waste your time on doggie doo-doo that some fluff ball who couldn’t track kibble with two noses published. And grab some Good Stuff.

Me? I’m going to catch up on some zzzzs from the delicious comfort of my brand-new doggie bed, courtesy of MyPillow. (Thanks, Mom! You’re Awesome!)

But first, to books! The stinkers first. These are the titles you don’t need to waste your time on (aka, The Bad, and the Really, Really Ugly):

Newsflash, authoroo: If you’re going to go all dumpster diving on me with gratuitous gross and mindless morass in the first coupla chapters, I’m not giving you the time of day for the rest. Oh, and by the way? You’re a lazy writer. I’ve got better things to do than wade through garbage dumps disguised as books.

This book is allegedly “a warm, witty and wise story of sisters on their journey through love and life.”

And I’m the Easter Bunny.

Ellen McClarety and her kid sister, Lanie, lost their mom when they were youngsters. Ellen was 16. Lanie was six. Lanie is now a successful divorce attorney with a new baby and a strained marriage. Recently divorced, Ellen is the owner of Singular Kringle.

Both miss their mom and her gentle guidance. And boy, could they ever use it.

Descriptions of baking Kringle – a luscious butter-layered pastry brought to the States in the late 1880s by Danish bakers – and a vacation to picturesque Nantucket and Ellen’s interest in classic literature and horticulture are first rate.

Outside of that, the plot plods downhill like an As The World Turns episode stuck on replay. (We get it that Baby Benjamin is the bee’s knees. Cute as a button. We got that the first 4,672 times the author beat us over the head with it. Can we move on?)

The two sisters act more like teenagers than midlifers. As in, How dumb are you? And widower Henry the lovesick puppy? Really?

Didn’t Get The Memo?

As for Lanie’s groundless suspicions about her architect husband, Kole – another installment in the ongoing saga of the Twin Drama Queens – you just kind of want to tell them both to Snap. Out. Of. It. (By the way, I have a kid sister, too. She’s a serious professional. And a grown-up. Did Lanie not get that memo?)

The title derives from their mother’s admonition to recall three good things about every day. Too bad this novel isn’t one of them. 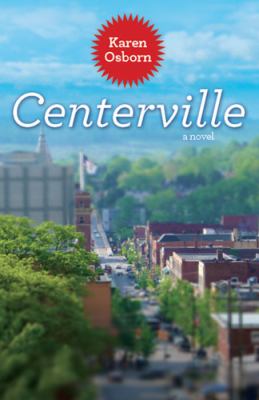 Set in 1967, this story is supposedly about what happens to a small town after some idiot sets off a bomb in the local drug store, and how different people react to tragedy.

Centerville is the kind of tome I detest: trying oh-so-hard to be hip and happenin’ and socially relevant, but it winds up being just sophomoric. And dumb.

The onion-skin plot is hackneyed, predictable, and dull as dirt. Better load up on extra-strength No-Doze to get through this snore-fest.

While the writing is good, it’s so badly over-written – told from multiple points of views in different chapters – that it’s like trying to follow a bread crumb trail in a mining shaft at midnight. Without the crumbs.

This thing makes Dickens’s Bleak House look like a barrel of laughs.

Well, gag me with liver pâté.

Adding injury to insult, Retreat characters are stilted, shallow and obnoxious. Stereotypes stick to them like fly paper on Jed Clampett’s wall. The hackneyed plot – what there is of it – is beleaguered by so many idiotic bunny trails, it lands in La La Land faster than you can say, “Camp Get Over Yourself.” (Ayahuasca tea and a “va-cay” in the Catskills? The predatory “Dr. Dave” and “Everything went Tilt-a-Whirl.” Seriously?)

My time is valuable. So is yours. I do not have the time or the patience to “wait till it gets better.” Yeah, right. A total waste of time.

Can you hear the white water? Feel the blistering Texas summer sun?

Master outdoor adventure writer Will Hobbs does it again with this briskly paced tale about two teens rafting down the Rio Grande.

Newly arrived in the Lilliputian west Texas town of Terlingua, 14 year-old Dylan Scott joins his 15 year-old cousin, Rio, for the whitewater trip of their lives. They just don’t know it yet.

For starters, no one bothered to tell Dylan that his uncle, Rio’s dad, has just hightailed it to Alaska for some river-guididng gigs to make up for a summer slump in business.

Undeterred, Dylan and Rio decide they can shoot dozens of miles of river rapids alone, smack dab in the middle of Nowhere, just the two of them.

There’s also “Carlos.” He claims to be your average, garden-variety “coyote.” Carlos says he’s guiding hjis hyoung charge, seven eyar-old Diego, through the desert for a reunion with his Mom in Chcago. But something doesn’t add up. Especially when Carlos pulls a gun.

Narrated by Dylan, this riveting, action-packed adventure will have you shiviering in torrential downpours, slopping through river mud, and hanging on for dear life as the guys try to navigate storm-ri[pped whitewater with a murderous kidnapper breathing down their necks.

I’d buckle up ‘fize you.

All Ships Follow Me: A Family Memoir of War Across Three Continents, by Mieke Eerkens (Picador, 2019)

This is not your average wartime memoir. It’s a searingly honest, intense look into what happened to two families torn apart by war, and how their experiences reverberate to the present.

Author Mieke Eerkens explores how her parents’ WWII wartime trauma and constant fear of rejection, losing everything, and starvation impacted their lives and hers. (Think recycling dental floss, and deeming fruit roll-ups an “extravagance.”)

It also takes a close look at an aspect of WWII rarely mentioned – the “Asian Holocaust.”

The author’s mother was the child of an Axis power collaborator. Her father was an Axis power victim. Both parents served time behind bars. Her father, Sjef, was born in the Dutch East Indies (now Indonesia). Imprisoned as a ten year-old after the Japanese invade, Sjef survives a horrific internment camp where death and disease stalked him daily.

Sjef and his family are freed when the Japanese surrender, only to be plunged into a bloody civil war.

Meanwhile, Back in the Netherlands

Eerkens’s mother, Elshe, was herded into a Dutch children’s home in the Netherlands at age five after Elshe’s parents, the author’s grandparents, were arrested and thrown into prison as Nazi collaborators. Scouring mountains of records and documents for clues to her grandfather’s motives during the war, Eerken concludes that his “true character” was “somewhere between idealist and monster.” But is the severe, heartless post-war treatment of his children, who had no say in their father’s choices, any better?

Meticulous in detail, the author fills in many of the blanks herself, personally visiting sites in both Indonesia and the Netherlands that were part of her parents’ memories. In between, she uncovers the experiences that shaped the rest of their lives – and affected her life, too.

All Ships Follow Me is divided into three parts. Book One foxsuses on the author’s father, Sjef Eerken. Book Two, A World Away, is about her mother, Elshe de Kock. Coming Together is the title of Book three. It’s a fascinating – and at times deeply disturbing – recounting of man’s inhumanity to man, interspliced with glimmers of hope and grace.

It also includes a generous collection of black and white photos from both sides of the family.

All Ships Follow Me comes from a plucky Dutch admiral commanding the rust bucket Dutch Navy that was all that stood between the Indonesian mainland and imminent Japanese invasion. Outmanned and outgunned, the admiral sails valiantly into the teeth of a naval storm and certain death with, “All ships follow me.”

No matter what. Surrender is not an option. Keep moving forward.

The author lives up to the adage.

All Ships Follow Me isn’t an easy read. But it’s an important, thought-provoking one. Hauntingly poignant, this engrossing, thorough memoir challenges how we look at war and war victims.

Discovered in the forest of A.P., Alexander, Beowulf and Cassiopeia nip, biet, howl, and are alarmingly adept at chasing squirrels.

An energetic romp of a mystery, wit and intrigue, this delightful read is chockful of clever characters, brisk writing and humor as dry as the Atacama.

What are your hits and misses from the past month?

Did you find a “hidden in the rough” literary gem?

Want to warn us about a real stinkeroo so your fellow bibliophiles don’t waste their time?

Give us a holler in the Comments section.