How cute is this?! Honey and Buddy, author Doreen Berger’s dogs.

Wait? Where was I?

Anyway, Doreen Berger shares a behind-the-scenes look at how her novel, “The Captain’s Daughters,“ was born. (Read our review here.) So grab a doggie treat. Pour yourself a hot cuppa. Pull up a chair. Cuz this is just plain fun! Take it away, Doreen!

If anyone had told me that someday I would write a book, I would have laughed and let them know, in no uncertain terms, they were crazy. Me, write a book? Are you nuts? I can’t even write a letter (not that anyone writes letters anymore). “Hi! How are you? I’m fine.” That’s my exciting attempt at letter writing.

Then, one day about twenty-five years ago, my best friend, Robin, (who had been the recipient of many of my boring, “Hi. How are you? I am fine,” letters), emailed me a funny “what if” scenario she had written. Something about me dating a real crazy dude. It had me hysterical laughing. I decided to answer with my own “what if” story.

To give you some background…Robin and I met in the third grade and became fast friends. We both had genius brothers and wished we could dump them and become sisters. We were exactly eight months apart…I was born on April eighth, and she was born December eighth. Reading was our favorite past time. Science fiction was our favorite genre, and we would dream about living an exciting life as sister-explorers on a starship. And, we were always getting into harmless mischief. Visits to the principal’s office were not uncommon.

So, I sent Robin a ten-page scenario based on our childhood dreams. She answered with two words – “keep going.” So, I did. And that is how The Captain’s Daughters was conceived. 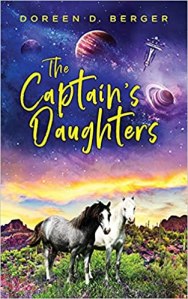 Robin and I still laugh about the mischief we got into, but mischief comes with consequences, and that is the one thing I wanted the intended audience (9 to 12-year-old readers) to understand. In The Captain’s Daughters, Captain William Marsh loves his daughters beyond measure, and instills in them the importance of taking responsibility for their actions, and the consequences that come from those actions.

How adorable is this??!!

All writers have experienced writers-block at some time or another. It can be paralyzing. For me, the “spaghetti-on-the-wall” approach has worked best. As they say, if you throw enough spaghetti at a wall, eventually something will stick! When I am at an impasse, I keep writing. Most of it is garbage, but then something miraculous happens…something sticks…an idea I can work with, and I’m off and running (well, writing…I don’t run anywhere anymore!). 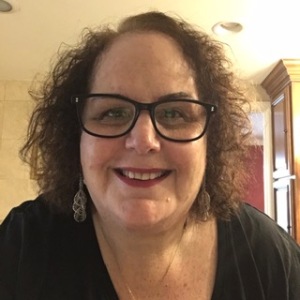 The Captain’s Daughters is a deeply personal book for me. It was born of a friendship that has lasted sixty years. Those little girls who dreamed of being sister-explorers on a starship are now retired, and I have a grandson almost the same age as when I first met Robin. My wish for him is to forge friendships that last a lifetime. There are few gifts in life better than that.