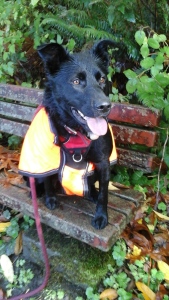 Mom is at the window, looking outside. Temperatures are dropping. Not low enough for Snowmaggedon. Here on the Olympic Peninsula, we have mostly rain. And rain. And more rain. Think Noah.

Weather like this, Mom insists on dragging out The Dreaded Orange Raincoat. Why does she do this? Is she averse to getting soaked to the collar, crashing through every puddle in sight, or galumphing around town up to her nose in rain water?

Anyway, Mom says, “When the weather outside is frightful, the fire is even more delightful when it’s paired with a good book!” I don’t know what that means. But if it gets me out of wearing The Dreaded Orange Raincoat, I’m good!

For today’s Top Ten Tuesday, here are 17 Books To Cozy Up With This Winter. Each title has something to say about Christmas, snow, winter adventures or settings, or all of the above. (As long as we lose the raincoat, okay?)

17 Books to Cozy Up With This Winter

James Pigg (Pinterest)> This plucky pony may have been the REAL hero of the Scott expedition.

The true story of Robert F. Scott’s ill-fated expedition to the South Pole, told through the eyes of one of the ponies brought along on the expedition, a “plucky little animal” named James Pigg. Touching and poignant. It deserves a much wider read.

For more, see our review: ‘The Winter Pony’: Touching Tribute to an Unsung Hero.

You knew that was coming, right? This Dickensian classic never gets old. It’s a pretty quick read, too, by Dickens standards. 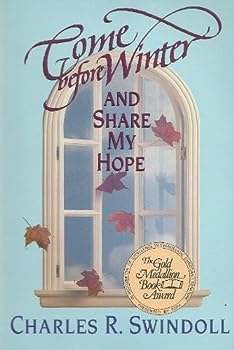 Before Winter is a time of preparation — learning how to face the winters of life, confronting the challenge of rising doubts and apprehension. Mid-Winter’s blast is a time of perseverance — enduring those numbing days when adversity howls across our personal landscape like a cold north wind. Winter’s end is a time of promise — finding renewal in God’s grace and basking in hope’s breakthrough. Encouragement for the discouraging and difficult times of life from a favorite author.

Since it was first published in 1993, more than seven million people have been touched by the magic of The Christmas Box, a holiday classic that is as beloved in our time as A Christmas Carol was in Dickens’s. I read it every year. It’s part of our holiday traditions.

5. Lost in the Barrens

A Cree Indian boy and a Canadian orphan living with his uncle, the trapper Angus Macnair, are enchanted by the magic of the great Arctic wastes. They set out on an adventure that proves longer and more dangerous than they could have imagined.

6. The Ledge: An Adventure Story of Friendship and Survival on Mount Rainier

By Jim Davidson and Kevin Vaughan

In June 1992, best friends Jim Davison and Mike Price stood triumphantly atop Washington’s Mount Rainier. Their conquest turned catastrophic when they crashed through a hidden ice bridge and plunged into a deep crevasse. A heart-pounding story of adventure, friendship, mortality, and unyielding nature.

Two sisters – as different as night and day – are estranged from their detached, taciturn mother who radiates all the personal warmth of the Polar Ice Caps. And the sisters aren’t too keen on each other, either. Their father’s death exposes cracks in their filial facade. Without Dad, Mom and daughters descend into enmity and accusation. But that’s just the tip of the iceberg.

8. Julie of the Wolves

To her small Eskimo village, she is known as Miyax. To her friend in San Francisco, she is Julie. When her life in the village becomes dangerous, Miyax runs away, only to find herself lost in the Alaskan wilderness. Miyax tries to survive by copying the ways of a pack of wolves and soon grows to love her new wolf family.

When she finds her way back to civilization, Miyax is torn between her old and new lives. Is she Miyax of the Eskimos—or Julie of the wolves? A Newbery Medal-winning classic.

What says “winter” like snow and Siberia and an epic romance set against the sweeping backdrop of the Russian revolution? I’d bring an extra blanket ‘fize you.

A Washington, D.C. surgeon is on a mission to Russia to find her long-lost grandmother who supposedly died in a Siberian gulag. Dr. Natalie March is recruited by the CIA after her teenage cousin and aunt, also recruited by the CIA, disappear. Then Natalie is accused of a double murder, discovers a horrible secret at an abandoned gulag site, winds up in a Russian prison, escapes, and miraculously locates her long-lost relative.

One of O. Henry’s most poignant and best-loved short stories. It’s Christmas and neither Mr. nor Mrs. Jim Dillingham can afford to buy the other a gift. Selfless sacrifices and an O. Henry ending ensue. A lovely read.

The “King of Christmas fiction” has done it again! Here’s our full review of each of the four books in the collection to date.

13. The Lion, the Witch, and the Wardrobe

When the Pevensie children step through a wardrobe door into the land of Narnia, they discover a land frozen in eternal winter and enslaved by the power of the White Witch. But when almost all hope is lost, the return of the Great Lion, Aslan, signals a great change . . . and a great sacrifice.

Bonus Points: 10 Books to Read If You Love Narnia

In this collection, Krakauer writes of mountains from the memorable perspective of one who has himself struggled with solo madness to scale Alaska’s notorious Devil’s Thumb. Bring an extra sweater! Maybe two. Or Three.

It’s 1897. For Liza Peterson and her family, the gold rush is a chance for them to make a fortune by moving to the Yukon.

For Constable Ben Turner, a recent recruit of the North-West Mounted Police, upholding the law in the raw frontier is an opportunity to escape a dark past and become the man of integrity he has always wanted to be. But the long, difficult journey over icy mountain passes is much more treacherous than Liza or Ben imagined, and neither is completely prepared for the forbidding north. Or for falling in love…

If you thought Ebenezer Scrooge was a piece of work, wait till you get a load of Jacob Marley.

Yes, Marley. Scrooge’s deceased business partner. He appears briefly in Charles Dickens’ A Christmas Carol. But Clinch’s vividly imaginative and enjoyable novel fills us in on Marley’s back story of greed, duplicity, and treachery. This guy makes Scrooge look like a piker. If lying, cheating, and stealing were Olympic sports, Jacob Marley would bring home the gold. Every time.

Check out our full review: ‘Marley’ Brings Dickensian Character Back to Life

Belle Endicott’s goodbye to her fiancé, Ebenezer Scrooge, is perhaps one of the best known farewells in all literature. But what happened to this couple? Who was Belle? How did she meet Ebenezer? How and why did the two fall in love?

A delightful new prequel to the Dickensian Christmas classic reveals the untold story “of how the young lovers found and then lost each other. And how their doomed union stayed with Scrooge daily and ultimately prepared the way for his famous redemption.”

Top Ten Tuesday is an original feature/weekly meme created by The Broke and the Bookish,
Now hosted by Jana over at That Artsy Reader Girl